Will Liverman - Dreams of a New Day: Songs By Black Composers 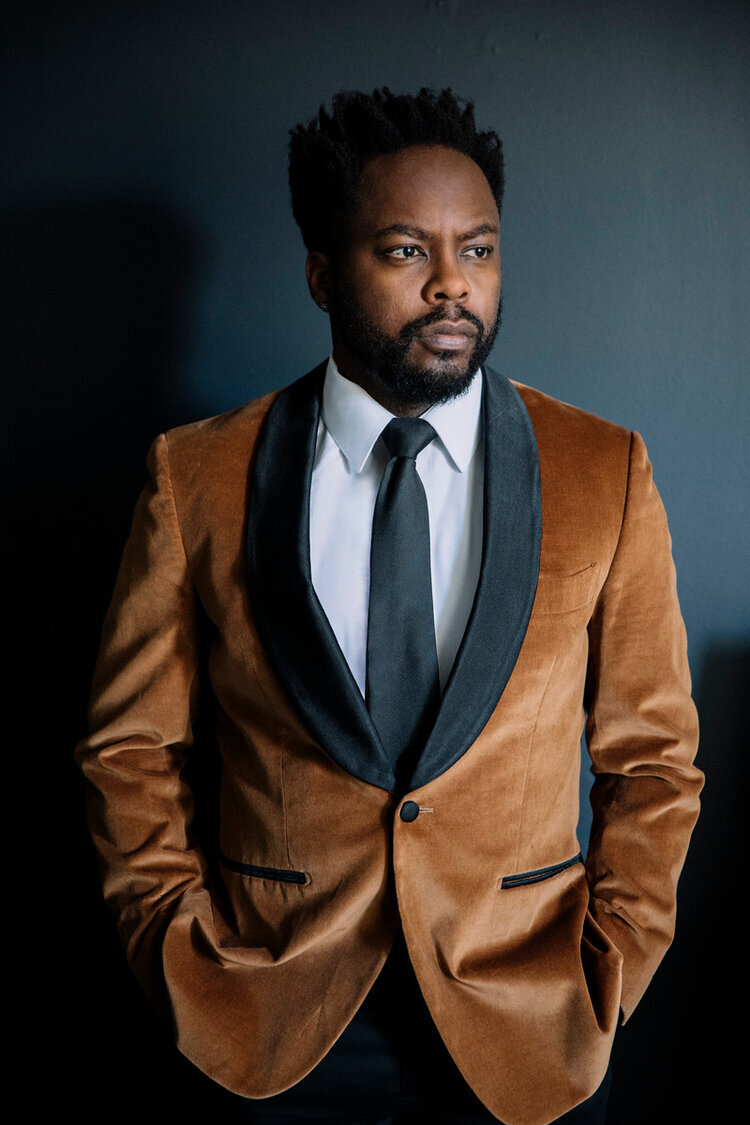 Called “one of the most versatile singing artists performing today” (Bachtrack), baritone Will Liverman will star in the Met Opera’s reopening production of Fire Shut Up In My Bones in fall 2021.

In the 2020-2021 season, Liverman appears in a solo recital at The Kennedy Center and in Opera Theatre of St. Louis’ production of Highway 1 U.S.A (Bob). He will also co-curate OTSL’s Juneteenth Concert. Additionally, his new opera, The Factotum, will  be developed in partnership with Lyric Opera of Chicago and the Ryan Opera Center this season.

His debut Cedille Records release, Dreams of a New Day: Songs by Black Composers, presents a diverse array of works from iconic Black composers like Harry Burleigh and Margaret Bonds, as well as fresh voices like Damien Sneed and even a brand-new work from Shawn Okpebholo commissioned especially for this project.

In the opening of the album’s booklet notes, Will Liverman writes: “Right now, it is more important than ever to celebrate the contributions of Black composers, and I’m honored to give voice to the art songs on this album……I hope this album inspires you to keep striving to have our voices heard and to speak up constantly and work towards equality.”

We had the chance to go behind-the-scenes with Will to learn more about his musical journey as well as this incredible project! 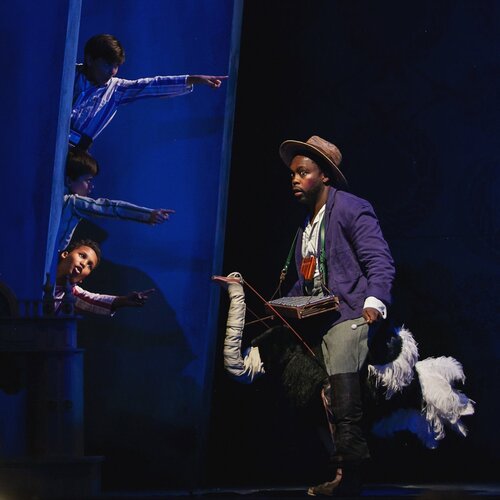 Will Liverman on stage with Central City Opera in The Magic Flute.

How did you first decide to pursue a career in music, and what have been some of your personal highlights along the way?

Music was always a part of my life as a kid, but I didn’t think about ever pursuing it as a career until I attended the Governor’s School for the Arts in Norfolk, Virginia. This was an arts training school in my area that introduced me to opera and classical singing. It had a major impact on me as a kid and it was the driving force that pushed me to pursue a career as an opera singer.

Choosing this career has set me down some amazing paths that are now highlights of not only my career, but of my life. There are so many to think about, but the following stand out in my mind. I grew up watching Showtime at the Apollo and in 2016 I was able to perform there singing the role of Dizzy Gillespie in Charlie Parker’s Yardbird. This was the first opera ever to be presented on that historic stage. Also, at the beginning of 2020 just before the pandemic I sang the role of Papageno at the Metropolitan Opera. Not only was this a dream turned true for me, but I ended up being the first Black Papageno to ever sing The Magic Flute on that stage after hundreds and hundreds of previous performances dating back to the early 1900s. Being able to be a part of Met history was a feeling I will never forget as I stepped out on stage. 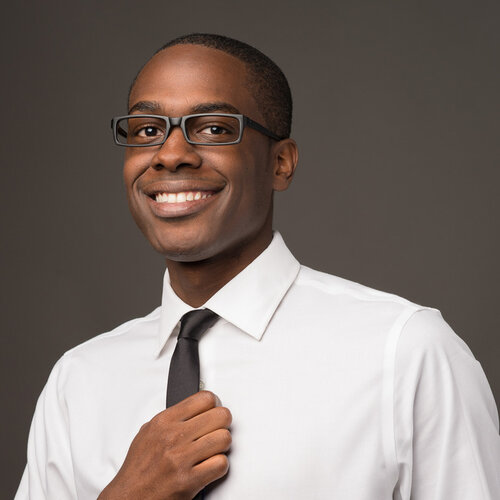 What inspired this album?

This project was inspired by me wanting to tell new stories about our American history and to also highlight Black composers for their contributions in art song. I commissioned Shawn Okpebholo to write Two Black Churches as the focal point of the album and I programmed the other songs around that. I think we don’t hear enough music by Black composers in general, so I wanted to work on a project that celebrated that.

It’s quite common for orchestras to commission works, but far less common for artists to do so. Could you tell us more about your collaboration with Shawn Okpebholo on ‘Two Black Churches’?

I’ve been working with Shawn Okpebholo for about seven years. My album debut in 2014 included his set of reimagined spirituals and we’ve been working together ever since. So, when I ran across the poem Ballad of Birmingham, I knew that I wanted him to set this poignant poem to music because I love his writing and he knows my voice very well. Shawn came up with the idea to make a parallel of the events that took place with the Birmingham bombing and to find a poem about the Charleston shooting in 2015. There wasn’t one we could find, so Shawn commissioned Marcus Amaker to write a poem about it. That’s how Two Black Churches came to be.

In this album, you pay homage to early Black composers like Harry Burleigh and Margaret Bonds, but also a diverse array of living composers. How did you select each of these works?

There are so many great Black composers, so it was a challenge to find a program that wouldn’t be 9 hours long. First, I wanted to find a few pieces that went along with the theme of Two Black Churches. The Bonds and Sneed pieces were songs that immediately came to mind that dealt with the Black experience in America. Second, I wanted to highlight Langston Hughes. A majority of these songs are set to his writing. This was the inspiration behind the Burleigh and Owens song cycles. Leslie Adams is one of my personal favorites, so I wanted to showcase him as well. I chose the Kerr Jr. piece to pay respects to my old high school teacher who was a musical father to me. Riding to Town was one of the first art songs I ever learned. Finally, I wanted to arrange and play something myself so I picked Birmingham Sunday as a way to come back full circle to the bombing, but with a different theme of freedom. 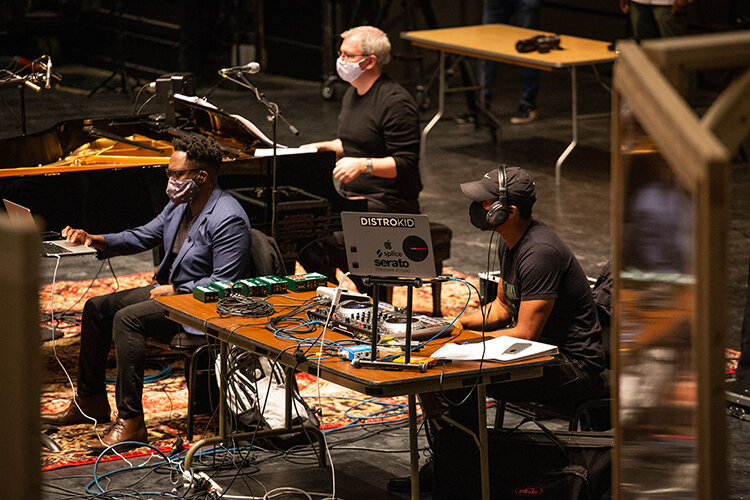 running The Factotum Workshop at Lyric Opera of Chicago.

You’ve certainly been making a name for yourself as a performer, but you also arranged the last work on this album, and you currently have an opera in development. Could you tell us more about your work as a composer and arranger, and how you see that working alongside your career as a performer?

All of my work as an arranger and composer started off as something I loved to do for fun. I grew up playing gospel music at a young age, so I was always creating and playing by ear on piano. I slowly started to put myself out there with arranging pieces here and there as my operatic career was starting. A few years ago, I wanted to branch out and start composing my own opera, The Factotum, which is based off of Barber of Seville and updated into a present-day Black barbershop. I wanted to find my own way to engage our youth of color and to bring in new audiences. It all started off as a passion project that I did on the side until I decided to stop placing myself in a box. Once I did that, the opportunity to work with Lyric Opera of Chicago on The Factotum came knocking.

I don’t think we’re encouraged enough to go down other paths as artists. Once your career has decided what you are, that’s how it has to stay. I started to fight this notion and took on more commissions and creative projects once I realized that we don’t need permission to tell stories that are important to us. I’m so excited to see these projects take their own life now. I encourage other creatives out there to put your ideas into action. Only together can we move this art form forward. We’re just getting started!

Also, check out Will’s Trailer Video for ‘Dreams of a New Day’ here: